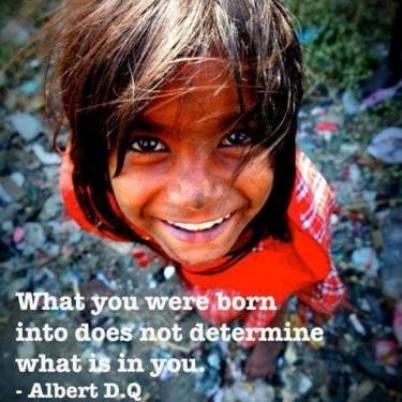 My friend immigrated from Pakistan when he was eleven. He might be thirty years or so old now. He has an accent. He looks Middle Eastern with large, dark brown eyes and glossy, black hair and a quick and ready smile. He prays to Allah every day facing Mecca, several times a day and quite visibly, when he is at work. He enjoys toilet humor (I make him laugh so hard he cries), playing with his 2-year old daughter, eating his wife’s amazing traditional cooking, and taking care of his extended family. He’s also a Pittsburgh Steelers fan living in the Baltimore area. Brave man.

I worry for him. With all the business about Daesh and the accusations of genocide and the threat of terrorism, I have that small thought in the back of my head that he will be harmed by the bigots and war mongers as well as the fear of otherwise kind and rational people. Fear has a tendency to blind the heart and mind to the truth and to the history that has been created over the course of years.

People who know my friend also know that he loves the United States. He is proud to be a citizen. He works hard, pays his taxes, and is active in his community. He cares for and respects his aging parents. He is a good friend, treats everyone with respect, and is very generous with his time and his resources. He is wise, compassionate, and just like the rest of us, he is flawed and beautifully human.

He also enjoys the traditions of his country of origin. He saw wisdom in his parents’ desire to select a wife for him. He explained the process to me, how the woman or the man could refuse, and how the family supported the couple when hard times hit, which in his opinion increased the chances of marital success. He asked me how many love match marriages have stood the test of time. Mine hadn’t, but he wasn’t suggesting that I should try his way. He just asked me to think about what was important to me and to go from there. It was a breakthrough conversation.

So this is my request to everyone who reads this post. Judge people by their actions. Your experiences with the person should be the barometer by which you determine to continue association with them or not. If you don’t know someone, regardless of color or culture or creed, don’t be hasty to pigeon hole them on first sight and react. Take a step back, gather your awareness, and give yourself a moment to be in the moment. Unless they’re pointing a gun at you or have obviously malicious intent, they are just another person trying to make a living and hoping to find a bit of peace and happiness throughout the day.

Peace be with you. Blessed Be. As-salamu alaykum. Namaste. Shalom. Peace exists in the hearts that live it.

In between bouts of writing for metaldescent.com, blogging, and banging her head, I.O. Kirkwood is the author of The Needless series, “Subatomic Revolt” in Mike Lynch’s No Revolution Is Too Big series and the short story “The White Carpet,” a finalist in the Scribes Valley Publishing Fiction Contest in 2013.